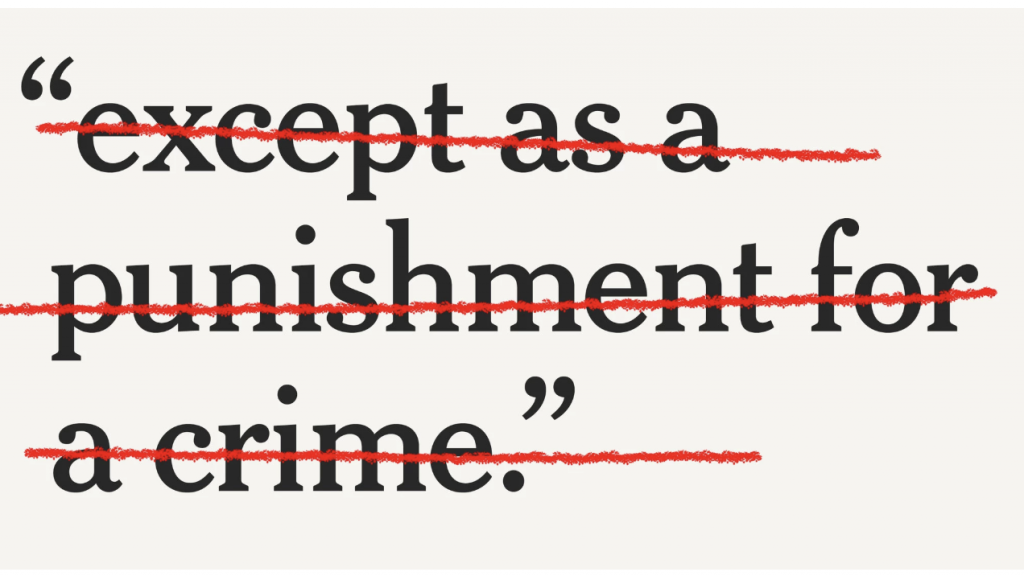 “…[I]n Colorado, where I live and work as a correspondent for The New York Times, some activists are trying to change this. Amendment A, a question on the state ballot, asks voters if they’d like remove similar language in the Colorado Constitution and replace it with the following:

‘There shall never be in this state either slavery or involuntary servitude.’

← Colorado voters asked to remove slavery reference from state constitution – The Denver ChannelSlavery Is Still a Legal Punishment. Voters in One State Have a (Second) Chance to Abolish It. – Governing.com →